ISPT’s Board embraces a positive and transparent culture, with the Directors providing strategic leadership to the ISPT business.

The ISPT Pty Ltd Board has ten Non-Executive Directors:

Rosemary Hartnett was appointed by the ISPT Board as an Independent Director on 1 July 2011 and as Board Chair on 1 May 2018. Rosemary is also a Director of International Property Funds Management Pty Ltd.

Rosemary was previously an Independent Director of Wallara Australia and Aconex, and Chief Executive Officer of Housing Choices Australia, one of the country’s leading registered housing associations. A qualified property valuer, she has worked as a senior property finance executive and a fund manager for trading and investment banks, including National Australia Bank, ANZ and Macquarie Group. 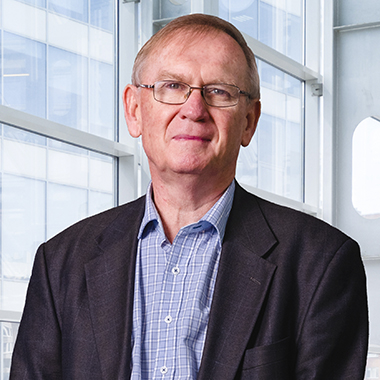 Brian Daley was appointed on 1 July 2007. Brian has more than 30 years’ experience in industry superannuation and was involved in the establishment and governance of several industry funds including the Australian Retirement Fund, HESTA and Hostplus.

Brian is a director of AustralianSuper and a member of its Investment Committee and People and Culture Committee, and Chair of its Member and Employer Services Committee. Brian is also a member of the Council of Industry Super Australia, and is a past director of Hostplus, HESTA, AGEST and ARIA

Helen Thornton was appointed by the ISPT Board as an independent director on 1 December 2017. Helen has more than 30 years’ experience across a range of industries, including financial services.

A chartered accountant, Helen has extensive experience in governance, audit and risk management and has held senior leadership roles at Deloitte, KPMG, BHP and BlueScope Steel, where she was responsible for the company’s global risk management function.

Frank has held president, assistant secretary and organiser roles in the Building Workers Industrial Union Victoria and the Construction Forestry Mining and Energy Union (CFMEU). In October 2017, Frank stepped down as the Assistant National Secretary of the CFMEU’s Construction & General Division after working for the union since 1982.

David Elmslie was appointed on 23 November 2011. David is an independent director and Chair of Hostplus and a member of the Industry Super Australia Advisory Board. He has more than 30 years’ experience in management, finance, administration, corporate and strategic planning, taxation and risk.

Carl Astorri was appointed on 1 July 2018. Carl is the Head of Asset Allocation & Research at AustralianSuper, leading a team responsible for the tactical and strategic asset allocation of AustralianSuper investments.

Carl was previously Global Head of Economics and Asset Strategy at Coutts & Co and Head of Investment Strategy at Barclays Wealth. He also worked as an economist at Friends Provident Asset Management and the Bank of England.

Jane Lloyd was appointed by the ISPT Board as an independent director on 17 September 2018. Jane has more than 25 years’ experience in the Australian and international property markets across the commercial, retail, industrial and residential sectors. Jane is currently a consultant to various firms through her consultancy business, Third Shift Enterprises, while holding several advisory board roles.

Jane sits on the Advisory Board of ADCO Constructions, is a member of the Australian Prime Property Fund Retail Investment Review Committee, a Global Trustee of the Urban Land Institute and a director of Habilis Housing and the Bondi
Icebergs Club.

Her executive career includes two years as Stockland’s General Manager of Development and Design, Commercial Property and 11 years at DEXUS, culminating as Managing Director of US Investments. Jane started her career in the development business of Lendlease.

Andrew is the Chief Investment Officer and Head of Asset Management at CP2, a specialist infrastructure investment manager. His executive experience includes 12 years with Victorian Funds Management Corporation most recently as Deputy Chief Investment Officer, and prior to that as a director of Infrastructure Funds Management at RREEF Infrastructure, part of Deutsche Asset Management (Australia). His former board positions were at EPIC Energy, Yallourn Energy, Australia Pacific Airports Corporation and Port of Geelong. Andrew started his career as a commercial lawyer in Australia and the UK.

Lianne Buck was elected by Group Members effective 19 June 2020. Lianne has more than 20 years’ experience in the Australian and international property and infrastructure investment markets, including specialising in funds management and stakeholder engagement.

Mark Burgess was appointed on 1 January 2022. Mark is a director of HESTA and the Chair of its Investment Committee. Mark has over 35 years’ experience in senior leadership roles in both asset management and with asset owners.

Mark was previously CEO of Australia’s Future Fund. Prior to this he was CEO (EMEA) and Executive Vice Chairman of Credit Suisse Asset Management in London and has held global Chief Investment Officer roles both overseas and in Australia. He is currently on the advisory boards of Jamieson Coote Bonds and the IP Group (Australia), and Chair (Asia) for the Official Monetary and Financial Institutions Forum. He is a Governor of Cerebral Palsy Alliance, Chair of Melbourne Girls Grammar Council and Honorary Professor at University of Melbourne.